In 1911, linguist Franz Boas observed that speakers of Eskimo–Aleut languages used different words to distinguish falling snowflakes from snow on the ground. By comparison, English speakers typically refer to both as “snow,” but create a similar distinction between raindrops and puddles.

Over time, this simple empirical observation has warped into an awful cliché that “Eskimos [sic] have 50 different words for snow” — which is unfortunate, because Boas’ original observation was empirical, and the resulting weak claim of linguistic relativity is uncontroversial: languages divide semantic concepts into separate words in ways that may (and often do) differ from one another. Whether that’s more an accident of history or reflective of some deeper truth about a culture is unclear, and subject for further debate.

It’s in this framing that you’re invited to consider how the different kinds of literals in Swift shape the way we reason about code.

A literal is a representation of a value in source code, such as a number or a string.

The most important thing to understand about literals in Swift is that they specify a value, but not a definite type.

When the compiler encounters a literal, it attempts to infer the type automatically. It does this by looking for each type that could be initialized by that kind of literal, and narrowing it down based on any other constraints.

If no type can be inferred, Swift initializes the default type for that kind of literal — Int for an integer literal, String for a string literal, and so on.

In the case of nil literals, the type can never be inferred automatically and therefore must be declared.

For array and dictionary literals, the associated types for the collection are inferred based on its contents. However, inferring types for large or nested collections is a complex operation and may significantly increase the amount of time it takes to compile your code. You can keep things snappy by adding an explicit type in your declaration.

In addition to the standard literals listed above, there are a few additional literal types for code in Playgrounds:

In Xcode or Swift Playgrounds on the iPad, these octothorpe-prefixed literal expressions are automatically replaced by an interactive control that provides a visual representation of the referenced color, image, or file. 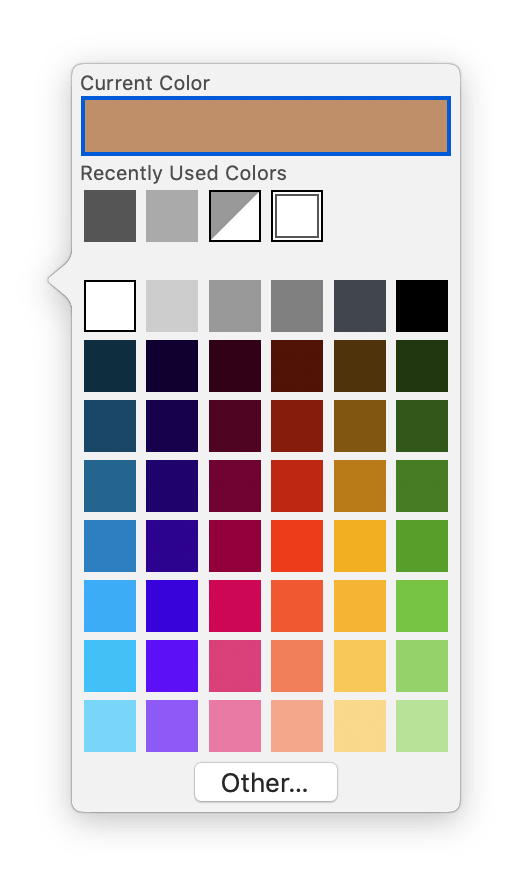 This control also makes it easy for new values to be chosen: instead of entering RGBA values or file paths, you’re presented with a color picker or file selector.

Literals are so ingrained in a developer’s mental model of programming that most of us don’t actively consider what the compiler is actually doing.

Having a shorthand for these essential building blocks makes code easier to both read and write.

Literals are like words: their meaning can change depending on the surrounding context.

How does this work?

In Swift, the compiler decides how to initialize literals by looking at all the visible types that implement the corresponding literal expression protocol.

To conform to a protocol, a type must implement its required initializer. For example, the ExpressibleByIntegerLiteral protocol requires init(integerLiteral:).

What’s really great about this approach is that it lets you add literal initialization for your own custom types.

Supporting initialization by literals when appropriate can significantly improve the ergonomics of custom types, making them feel like they’re built-in.

For example, if you wanted to support fuzzy logic, in addition to standard Boolean fare, you might implement a Fuzzy type like the following:

In order to work more conveniently with standard Boolean logic, we can extend Fuzzy to adopt the ExpressibleByBooleanLiteral protocol.

In practice, there aren’t many situations in which it’d be appropriate for a type to be initialized using Boolean literals. Support for string, integer, and floating-point literals are much more common.

Doing so doesn’t change the default meaning of true or false. We don’t have to worry about existing code breaking just because we introduced the concept of half-truths to our code base (“view did appear animated… maybe?”). The only situations in which true or false initialize a Fuzzy value would be when the compiler could infer the type to be Fuzzy:

Because Fuzzy is initialized with a single Double value, it’s reasonable to allow values to be initialized with floating-point literals as well. It’s hard to think of any situations in which a type would support floating-point literals but not integer literals, so we should do that too (however, the converse isn’t true; there are plenty of types that work with integer but not floating point numbers).

With these protocols adopted, the Fuzzy type now looks and feels like a bona fide member of Swift standard library.

(Now the only thing left to do is implement the standard logical operators!)

If convenience and developer productivity is something you want to optimize for, you should consider implementing whichever literal protocols are appropriate for your custom types.

Literals are an active topic of discussion for the future of the language. Looking forward to Swift 5, there are a number of current proposals that could have terrific implications for how we write code.

At the time of writing, Swift Evolution proposal 0200 is in active review. If it’s accepted, future versions of Swift will support “raw” strings, or string literals that ignores escape sequences.

This proposal comes as a natural extension of the new multi-line string literals added in Swift 4 (SE-0165), and would make it even easier to do work with data formats like JSON and XML.

If nothing else, adoption of this proposal could remove the largest obstacle to using Swift on Windows: dealing with file paths like C:\Windows\All Users\Application Data.

Another recent proposal, SE-0213: Literal initialization via coercion is already implemented for Swift 5.

Currently types conforming to literal protocols are type-checked using regular initializer rules, which means that for expressions like UInt32(42) the type-checker is going to look up a set of available initializer choices and attempt them one-by-one trying to deduce the best solution.

In Swift 4.2, initializing a UInt64 with its maximum value results in a compile-time overflow because the compiler first tries to initialize an Int with the literal value.

Starting in Swift 5, not only will this expression compile successfully, but it’ll do so a little bit faster, too.

The words available to a language speaker influence not only what they say, but how they think as well. In the same way, the individual parts of a programming language hold considerable influence over how a developer works.

The way Swift carves up the semantic space of values makes it different from languages that don’t, for example, distinguish between integers and floating points or have separate concepts for strings, characters, and Unicode scalars. So it’s no coincidence that when we write Swift code, we often think about numbers and strings at a lower level than if we were hacking away in, say, JavaScript.

Along the same lines, Swift’s current lack of distinction between string literals and regular expressions contributes to the relative lack of regex usage compared to other scripting languages.

That’s not to say that having or lacking certain words makes it impossible to express certain ideas — just a bit fuzzier. We can understand “untranslatable” words like “Saudade” in Portuguese, “Han” in Korean, or “Weltschmerz” in German.

We’re all human. We all understand pain.

By allowing any type to support literal initialization, Swift invites us to be part of the greater conversation. Take advantage of this and make your own code feel like a natural extension of the standard library.